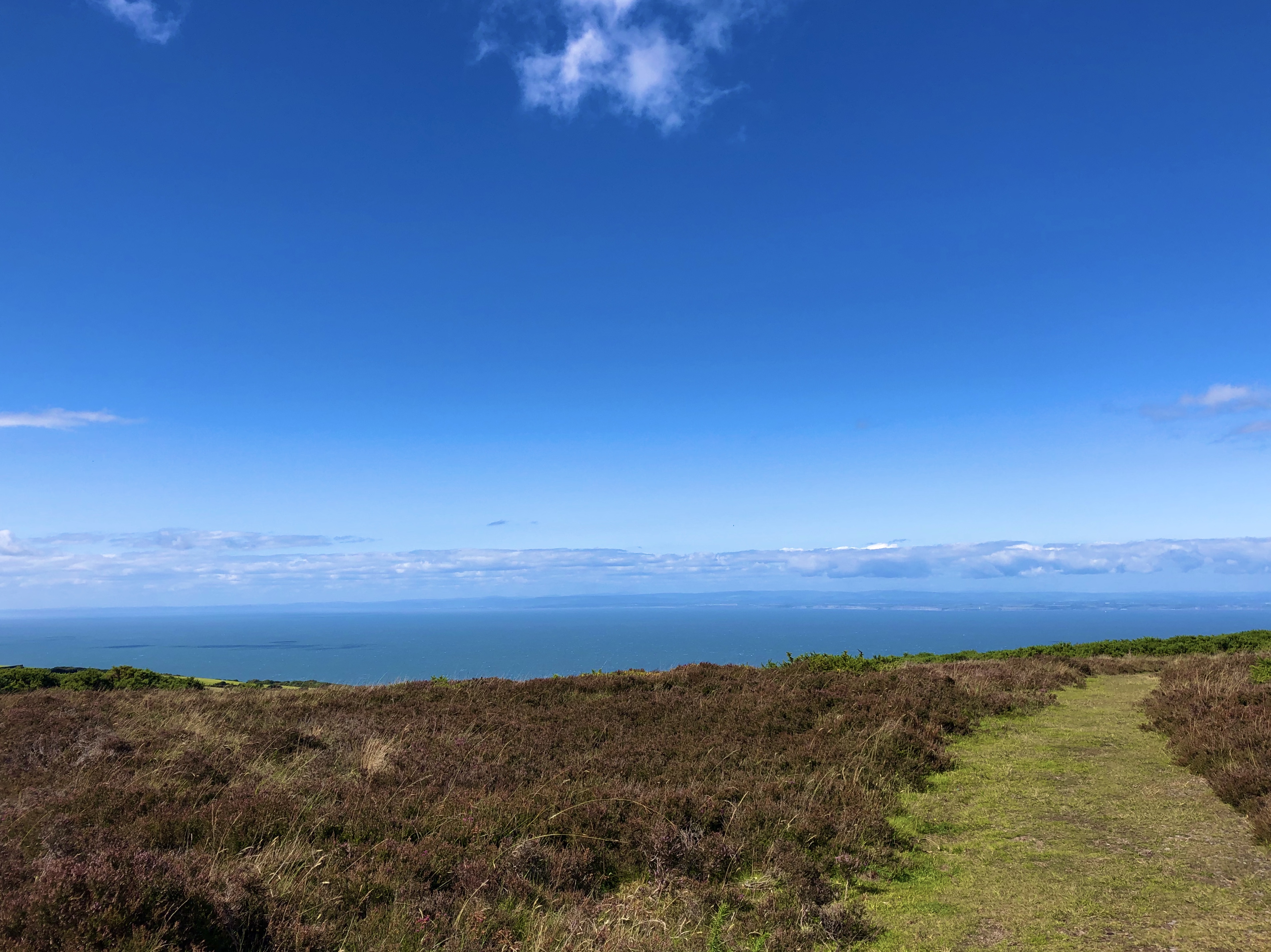 I’ve driven up Porlock Hill twice in my life: in the summer of 2008, and two days ago. The first time, I had moved to Somerset just weeks before, and my boyfriend and I had just bought a car together – an old Fiesta with an engine that would occasionally cut out. Having been freelance for about six months at that point, I’d decided to spontaneously down tools so we could explore the coast for the day. The second time, I had my two children in the back of a more sensible Dacia Logan. That boyfriend, who had later become the father of the children and my husband, was not there. We separated in 2018 and were divorced at the end of last year.

Porlock Hill, in case you haven’t had the pleasure, has the distinction of being the steepest A-road in the UK. It’s on the A39, which, somewhat improbably, is the main road to North Devon if you discount the M5, much further to the south. The hill rises abruptly out of the west end of the village of Porlock, a quintessentially cute settlement of thatched cottages and cosy pubs, only kept from the Bristol Channel by a dramatic stretch of marshes.

On the first ascent, I had no idea what was coming, or no doubt we would have decided to take the less demanding toll road towards Lynmouth, recommended for caravans and HGVs. If I could have foreseen the mind-melting stress of trying to force an inadequate car up a long 25% incline, and then squeeze a bit more out of it around two hairpin bends towards the top of the steepest part of the hill – without stalling, God knows what would have happened if I’d stalled – I might have given it a miss. There’s something about the folly and the sheer bloodymindedness of it all that, with hindsight, resembles the marriage in microcosm.

Porlock Hill haunted me for years afterwards. I even wrote about it in my third unpublished novel, in 2017, a section of which I was particularly proud.

When I finally attempted Porlock Hill for a second time, it was of course in the middle of a pandemic, which has not gone away no matter how much we’re all praying to wake from this bad dream. I’d taken the children away on my own for a two-night break. Not far, but we’d been stuck in Wells and the surrounding area for long enough that even the other end of Somerset was bound to feel terribly exotic. I wanted to reward them for their fortitude in the months of relative confinement and sometimes boredom with a change of scene.

Given the context, a mere hill shouldn’t have loomed so large in my consciousness. But it did. I almost chickened out and took the toll road, as we had in 2015 when we’d needed to drive to Ilfracombe for a wedding. The toll road had been extremely pretty, with a less severe slope, through the fringes of ancient woodlands overlooking the sea and inhabited by deer.

But, feeling strengthened by a breakfast of Crunchy Nut and triangles of white toast with whortleberry jam, I made the bold decision that I would take the hill road. Fuck it. I had a better car. I’d survived much more challenging things (freelancing for twelve years, two births, a divorce). I told the children they must look out of the window – not read their books, which was what they really wanted to spend the next hour in the car doing – and that it would be worth it. ‘This is an amazing hill,’ I told them. ‘You won’t believe how steep it is. And how long it goes on.’ They looked at me with gentle condescension, especially the ten-year-old, going on fifteen. She may have rolled her eyes.

As we swung around the hairpin bend at the bottom of the hill, I felt my pulse start to race. I could almost hear my heart thumping in my chest, and I tried to breathe slowly. The trees closed around us and the straight part of the slope took us. If I hadn’t had my foot to the floor in second gear, it would have felt like the helpless and inexorable uphill grind of a rollercoaster, before the sickening drop. There was no escape now, as in labour there was only one way out, and I tried to give myself to it, to calm myself. I can do this, I thought. Remember all the other things I’ve not failed at. At that point twelve years ago, I’d been almost weeping, but I realised this felt different.

At the top of the straight slope, you emerge from the trees a little and there’s an incredibly tight turn to the left, on the inside of a hairpin. I slipped down into first gear without skipping a beat, and pushed on up. By now a BMW four-by-four was hot on my tail, but I blocked out the vision in the rearview mirror and took my time, steadily eating up the gradient. A slightly looser bend to the right, and then the slope slackened off and the trees began to fall away behind me. And just like that, we were on Exmoor.

A minute or so later I pulled off the road into a gravelly layby, the car now cooling like a modest racehorse but my heart still hammering away. The frustrated BMW roared past. I felt a ridiculous, outsized sense of achievement. We got out of the car and my legs were shaking. I took a selfie of the three of us at the top of the hill, my relief showing in my smile. Perhaps this is just life, I thought, only slightly cheesily. Things that seem, no matter how irrationally, impossible, turn out to be anything but. The forested hill that closes in and seems as if it might go on forever gives way to wind-whipped purple slopes rushed by the rippling shadows of clouds, and you can see sunlit Wales across the blue water, and you can breathe again. And it will be OK.

Liz Jones has worked as an editor in the publishing industry since 1998, and freelance since 2008. In her defence, she comes from an extremely flat part of the country.

This site uses Akismet to reduce spam. Learn how your comment data is processed.

© Liz Jones, 2020. Unauthorised use and/or duplication of this material without express and written permission from this site’s author/owner is strictly prohibited. Excerpts and links may be used, provided that full and clear credit is given to Liz Jones with appropriate and specific direction to the original content.

You can read about how I look after clients’ data here.